Sourav is a guy who fears God and worships him on a daily basis to avoid his rage. He even puts labels on cutlery and itineraries to avoid the veg – nonveg dilemma. But he happens to live with his aunt, who has a very chilling personality and no beliefs in God what so ever and that causes a reason for their constant confrontation of believes. His aunt refuses to believe that she has got old, she thinks she is still very young at heart. She loves to listen to Jagjit Singh and chill. In the mean time She met with her old friend and started revisiting the past over a few glasses of rum. Then she found out that her friend has a daughter by herself, named Gargi. Gargi might be a small town girl, but her point of view towards life is very rational. She drinks when her heart gets broken, she wants to get into a live in relationship, even she has allergic reaction with marriage rituals. Now the question is will Sourav’s aunt be successful to orchestrate a relationship between Sourav and Gargi? That is yet to be seen. 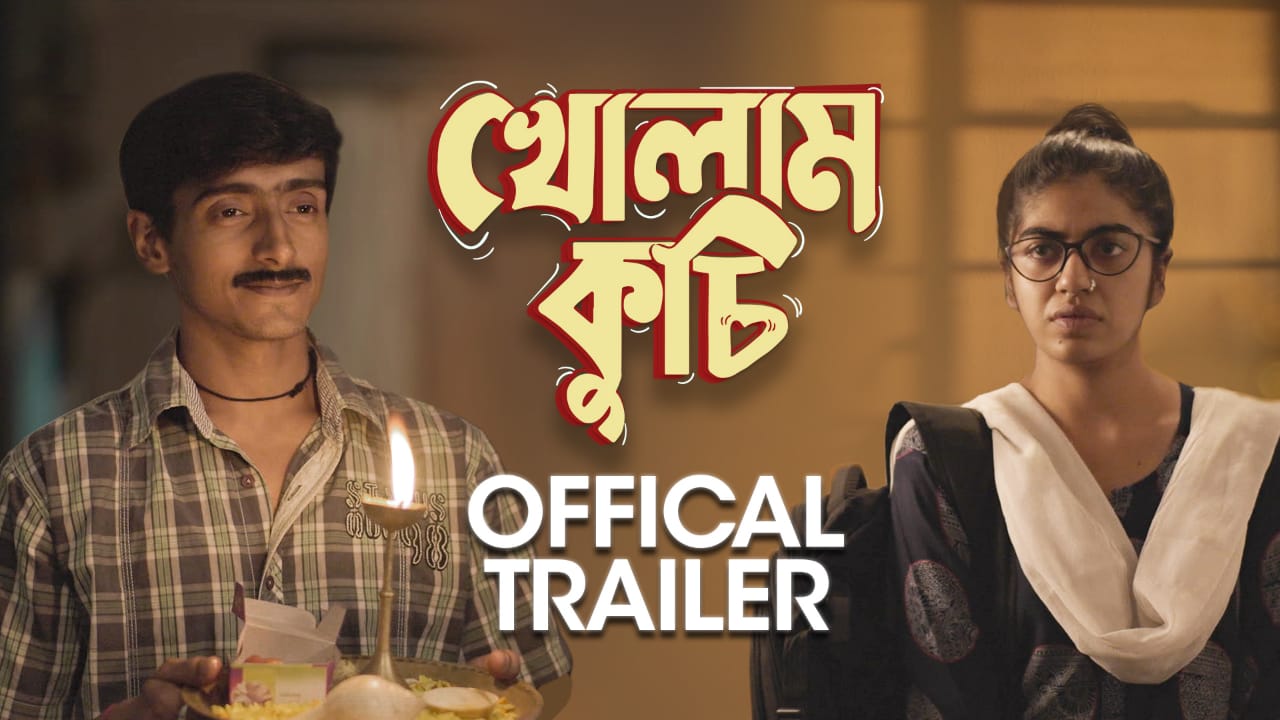 Is love always so uncertain? Does life mean complications all the time? Can two people of completely opposite personality grow together and fall in love? Kholam Kuchi is here to solve all this complicated riddles only with the help of pure, simple, innocent love. 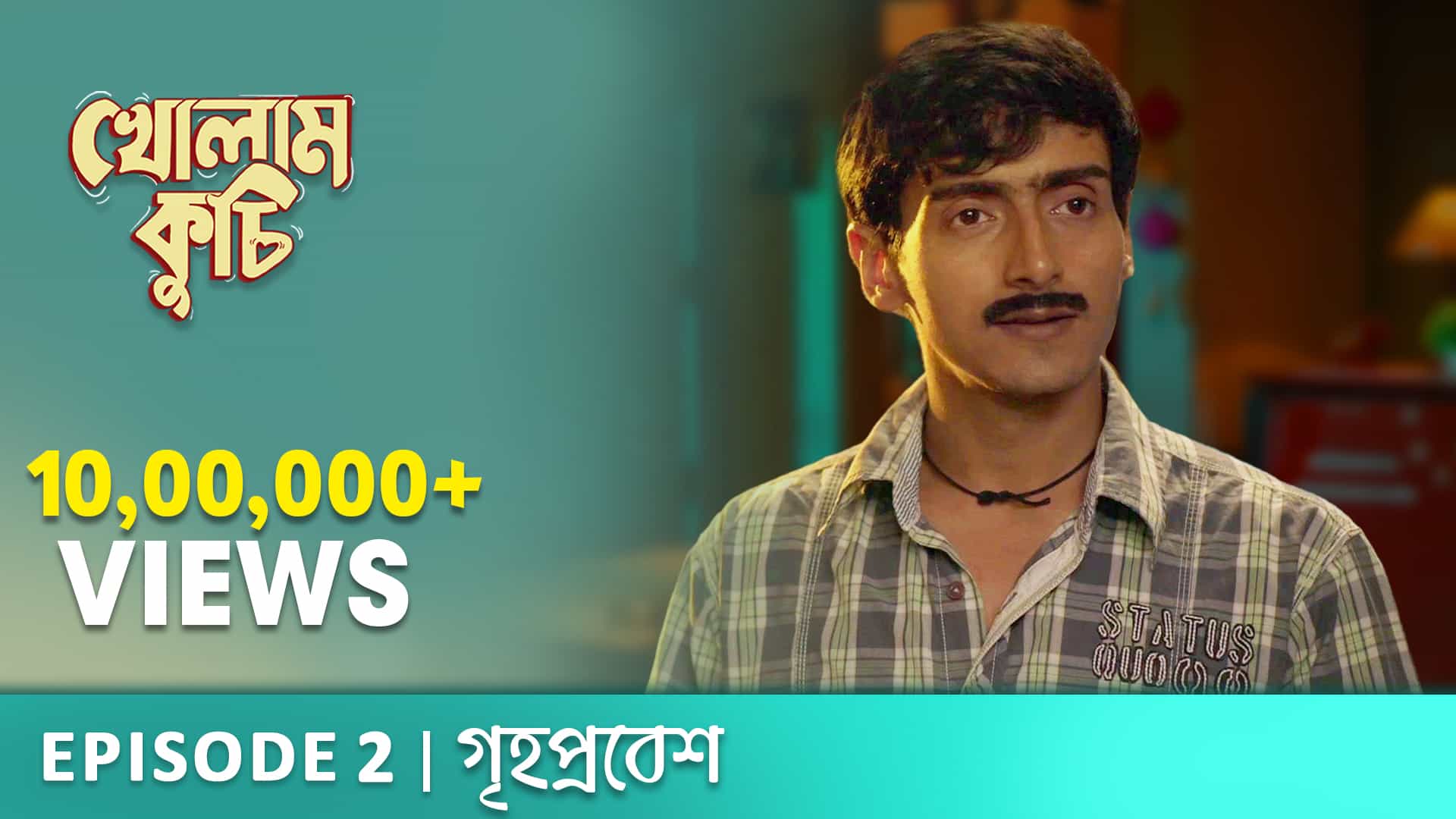 Sourav decided that he would spend the rest of his life doing God's work while maintaining his celibacy. But his aunt, Sumitra Devi wants to Sourav have a married life. On the other hand, Gargi's mother is trying to negotiate with her daughter about her 'Married Life' terms and conditions. Without having a possible solution Sumitra Devi and her friend turned to Ayan, Sourav's friend, and partner in business. Moving forward with Ayan's idea, they went to convince Ajanta Sastri the fortune teller to force Sourav to have a married life otherwise he might lose his aunt to cancer. Now, what would Sourav do? Will he move in with Gargi to save his aunt or he will let nature take its course. What happens next? To find out watch the second episode of 'Kholam Kuchi', named 'Grihoprobesh'. 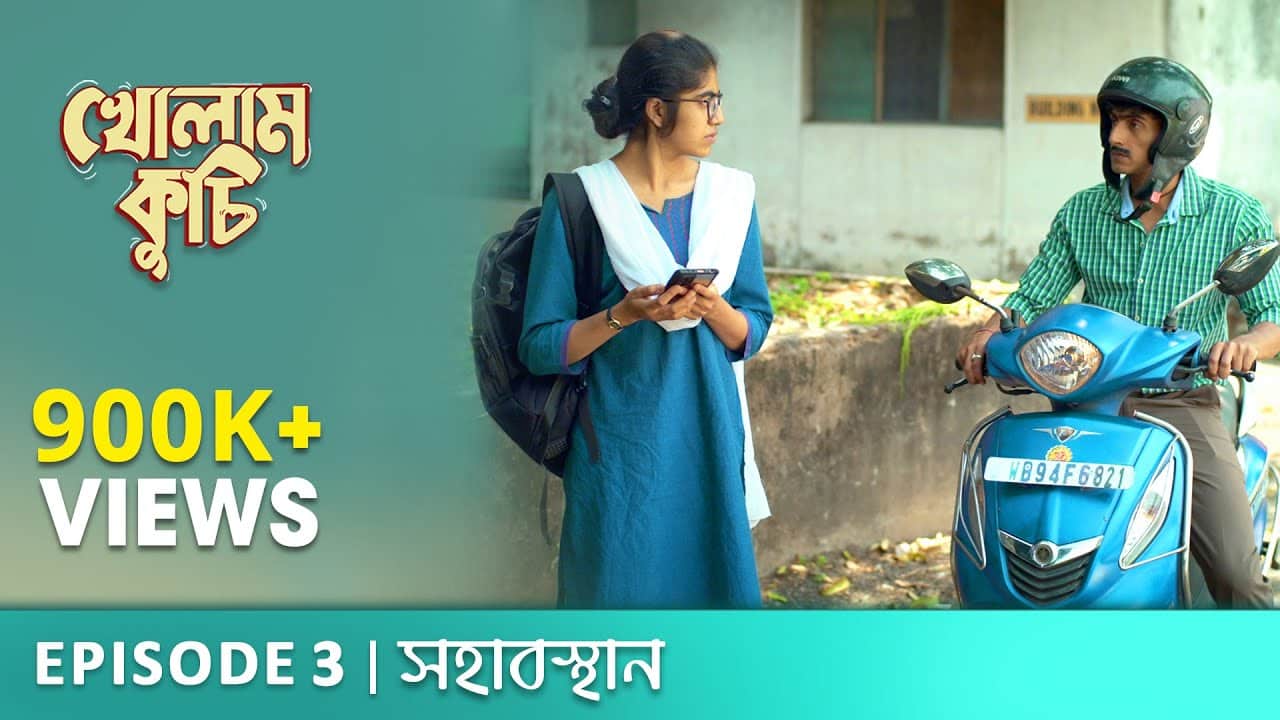 Sourav and Gargi started their new life under the same roof. As usual, Sourav maintains his life the way he has been leading it from the very beginning, like labeling cutleries in the fridge to avoid mixing up veg and nonveg dishes, etc. Not only that, he even tried to make Gargi live up to the codes that he maintains. But soon Gargi started asking questions, which creates a little disagreement between them that actually binds them together. But what after that? To find out, you need to watch the third episode, ‘Sohabosthan’ from the series ‘Kholam Kuchi’ 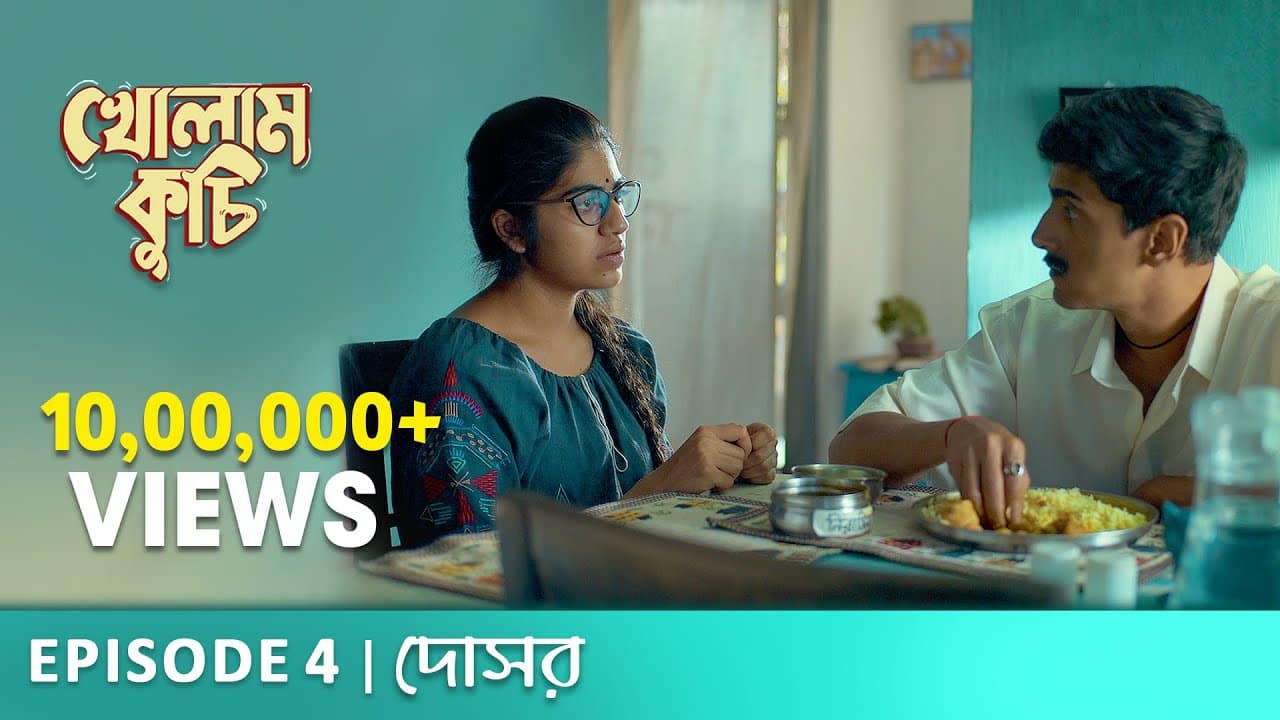 When Gargi and Sourav started living together at first, they had their falling-outs here and there which was really annoying to Sourav, as a result, his complaints started increasing. But things began to go sideways when suddenly Gargi stopped in her way of living and started to live by Sourav's point of view. This eventually made Sourav displeased, because to him, it was Gargi's way of mocking his beliefs. And from this moment onwards, somewhere their sweet bond that was still in progress started going down a different lane. Now the question is, what route are they about to take? What sort of journey will they ride through? To know, you have got to stay tuned for the fourth episode, 'Dosor' of Kholam kuchi. 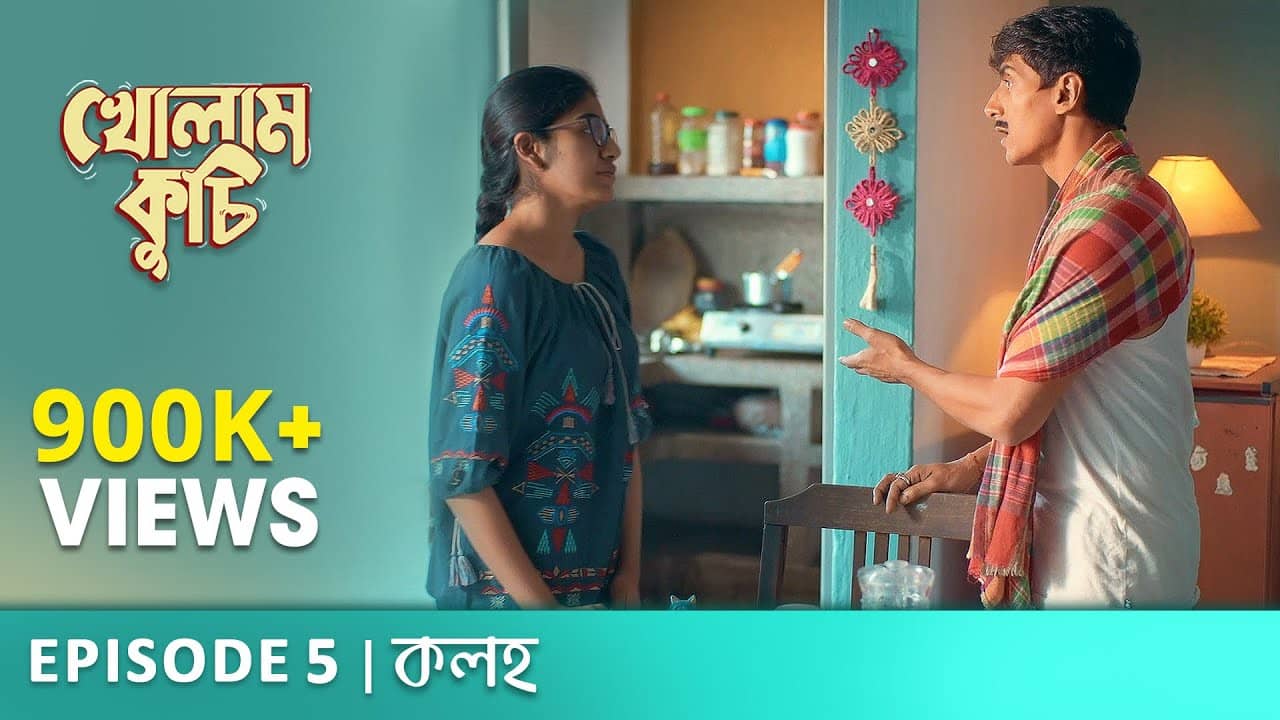 Gargi's sudden transition has left Saurav in awe. As her days started getting busier with household chores and religious rituals, her sense of responsibility for the school started declining so much that she eventually stopped going there. As a result, her friend Tanima came to pay a visit and had the same reaction as Saurav. Meanwhile, Saurav becomes a bit more invested regarding his new shop, and Gargi, like the traditional wife of old age Bengali culture, is right beside him, supporting him morally by fasting until he gets the shop. Chaos starts running wild! Will Saurav be able to get past this dilemma? To know, you have to stick around for the 5th episode. 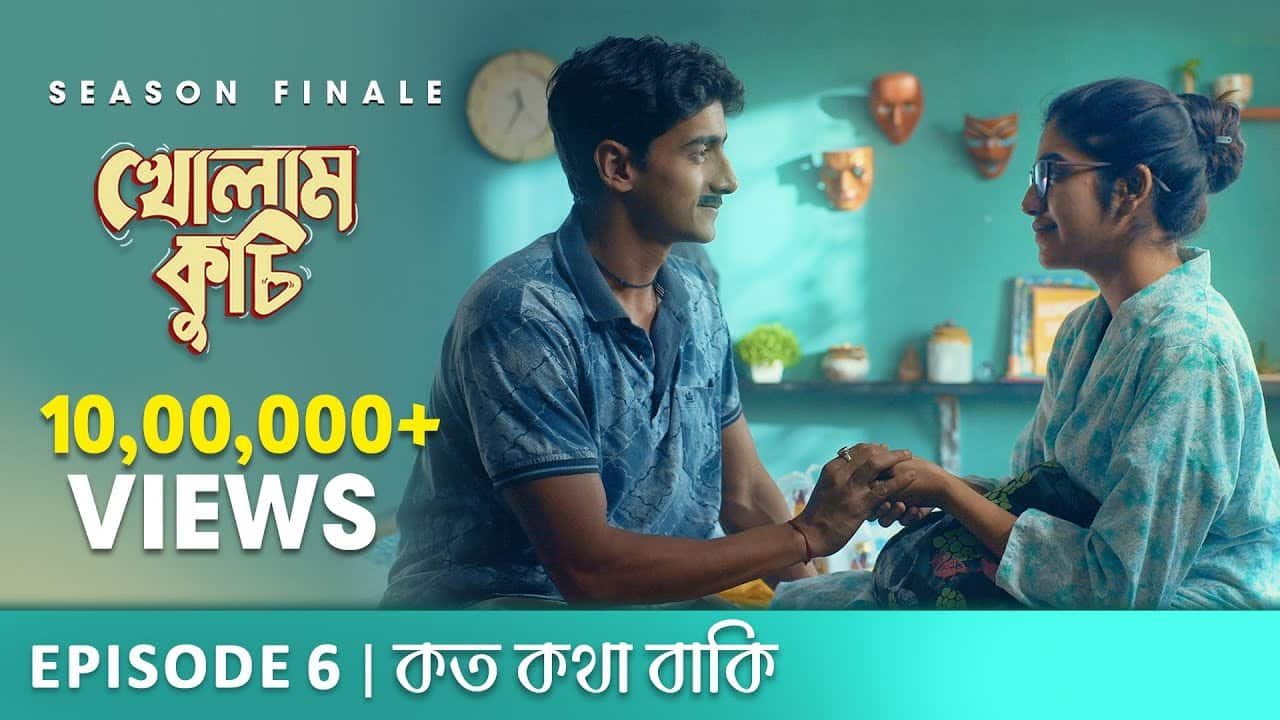 Are our fears the root of all our weaknesses? Or the weaknesses are the reasons behind our all fear? Why do we turn to God whenever we find ourselves in problems? Or God plays a grand part to shape our views? Then how we would know the person in front of us is good at heart or has a connection to our heart? What would happen to Sourav and Gargi? 'Kholam Kuchi' tries to find out the answers to those questions throughout, alongside us. But that journey is about to end with the sixth and last episode, 'Koto Kotha Baki' and that's a must-watch.